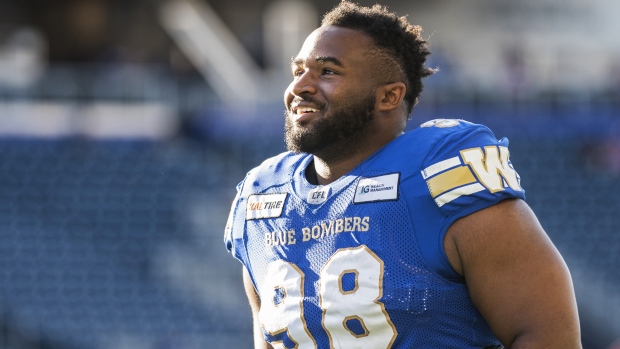 Two-time Grey Cup champion Steven Richardson is getting closer to making his debut with the BC Lions, according to TSN's Farhan Lalji.

Lalji notes the 26-year-old defensive lineman made his arrival to the Lions on Tuesday and can start practicing with his team during the week of Oct. 17 at the earliest. Richardson, who is still on the six-game injured list, has yet to play in 2022 after suffering an Achilles injury in April during a workout session.

NT Steven “Stove” Richardson made his much awaited arrival to @BCLions yesterday. He continues to work his way back from Achilles injury & remains on 6-game injured list. The earliest he’ll begin practice is the week of Oct 17. @CFLonTSN pic.twitter.com/zkHpzBslNv

Richardson signed a contract with the Lions in February after winning back-to-back Grey Cups with the Winnipeg Blue Bombers during his first two CFL seasons in 2019 and 2021.

The University of Minnesota product recorded 13 tackles and four sacks over seven games in 2021. Richardson recorded two sacks in the Grey Cup against the Hamilton Tiger-Cats.

Over two seasons in the CFL, Richardson has 38 tackles and six sacks in 25 games.