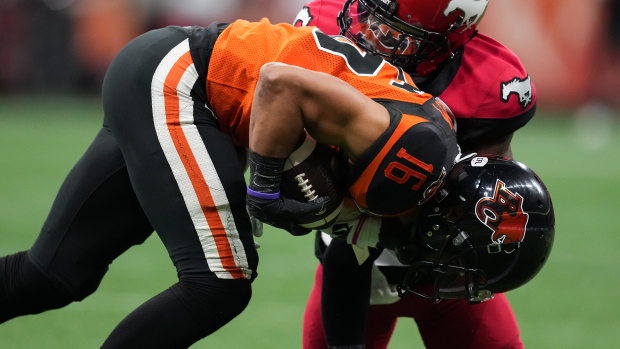 VANCOUVER — The B.C. Lions, who struggled in Saturday's 25-11 loss to the Calgary Stampeders, have lost one of their biggest offensive weapons.

The CFL team confirmed Monday afternoon that veteran receiver Bryan Burnham suffered a fractured wrist in Saturday's setback and will be placed on the six-game injured list this week.

Burnham led B.C. (9-4) with 58 receiving yards against the Stampeders.

The Lions remain hopeful that both Burnham and injured quarterback Nathan Rourke will return in time for the playoffs.

Rourke sustained a sprain in his right foot during the fourth quarter of a game against Saskatchewan on Aug. 20. The club later announced that Rourke would require surgery, sidelining him for at least eight to 10 weeks.

The B.C. Lions host the Ottawa Redblacks on Friday.

This report by The Canadian Press was first published Sept. 26, 2022.