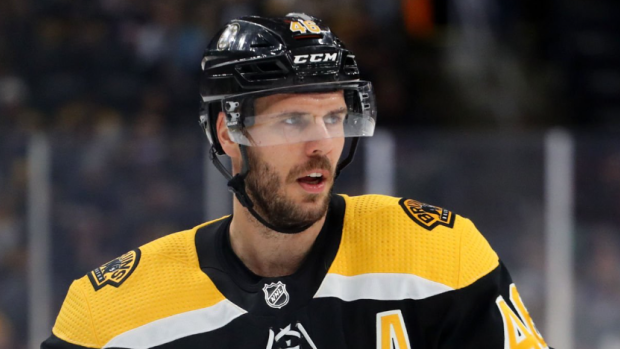 David Krejci is returning to the Boston Bruins.

The 36-year-old signed a one-year, $1 million contract on Monday, with an additional $2 million available in performance-based incentives.

The team announced Krejci's return just hours after captain Patrice Bergeron signed a one-year contract worth up to $5 million.

Krejci departed the NHL club at the conclusion of the 2020-21 season to return to his native Czechia. He spent this past season playing with Olomouc HC of the Czech Extraliga after playing the previous 15 seasons with the Bruins.

Krejci was selected in the second round (No. 63 overall) of the 2004 NHL Draft by the Bruins and made his debut with the team during the 2006-07 season.