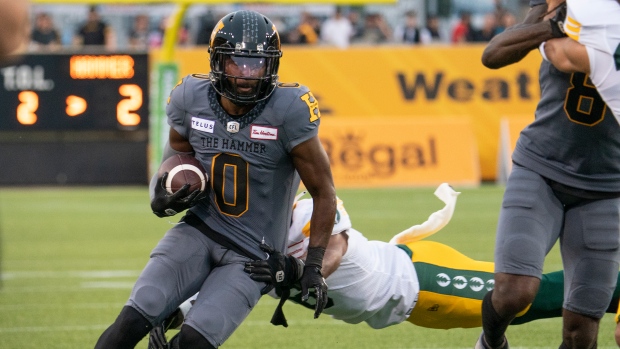 Hamilton Tiger-Cats wide receiver Bralon Addison announced on Twitter that he is set to have surgery on his ruptured Achilles.

Addison, 28, was making a routine football move after collecting a pass from Dane Evans when he pulled up before being tackled to the ground. Addison remained down for several moments holding his ankle. He would required assistance from the Ticats' medical team before being carted off the field.

The University of Oregon product missed most of the 2021 season dealing with a leg injury but returned in Week 9 to help the Ticats make a push to the Grey Cup. In his limited action last season, Addison tallied 18 receptions for 231 yards in three games.

Before his injury issues in '21, Addison put together his best CFL season in 2019, playing in 16 games and recording 98 receptions for 1,236 yards and seven touchdowns.