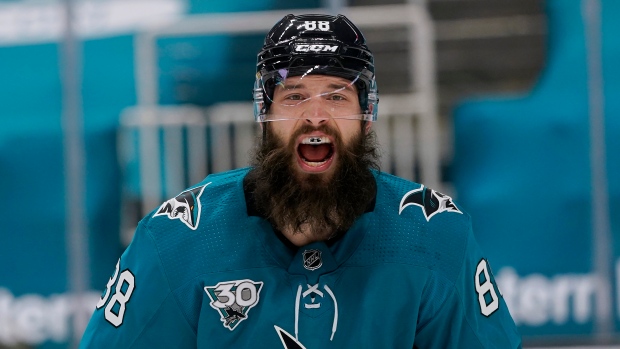 The Carolina Hurricanes have made replacing defenceman Tony DeAngelo on a right side a top priority and, according to TSN Hockey Insider Pierre LeBrun, a pair of big names could be on their radar.

LeBrun reports he believes the Hurricanes have "kicked tires" on Jeff Petry of the Montreal Canadiens and Brent Burns of the San Jose Sharks.

The Hurricanes have made replacing Tony DeAngelo on the right side a top priority. Two players I believe they've kicked tires on: Brent Burns and Jeff Petry.
There are other trade options as well, but something to file away.@TSNHockey @TheAthletic

LeBrun adds that Burns and Petry could also be fits with the Dallas Stars with John Klingberg likely going to market on Wednesday.

According to Capfriendly, Dallas currently has just under $18 million in cap space with 19 players under contract for next season. The Hurricanes have $19.4 million in space, but have only 14 players signed for 2022-23.

I believe @FriedgeHNIC has mentioned Dallas as a possible destination for Burns as well. Which would make sense with Klingberg going to market. Of course so would Petry in the same fashion.

Carolina traded DeAngelo's rights along with a seventh-round pick to the Philadelphia Flyers last week in exchange for three draft picks. DeAngelo then inked a two-year, $10 million deal with the Flyers.

Petry is heading into the second year of a four-year, $25 million extension he signed with the Canadiens in September of 2020 that carries a $6.25 million cap hit. The 34-year-old had six goals and 21 assists for 27 points in 68 games last season, his eighth with Montreal.

Burns, 37, has three years remaining on the eight-year, $64 million contract he signed to stay with the Sharks in November of 2016. Carrying a cap hit of $8 million, Burns turned in 10 goals and 44 assists in 82 games last season.