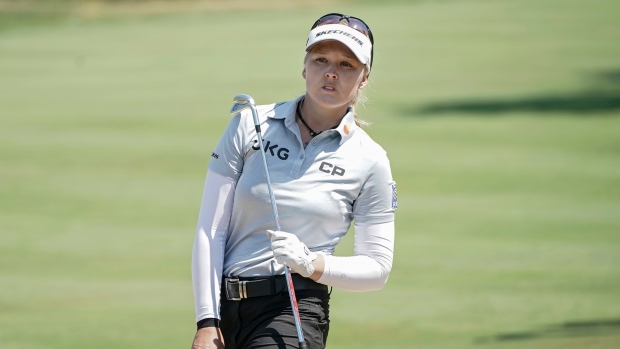 Canadian Brooke Henderson shot 1-under (70) in her final round Sunday at the AIG Women's Open to finish inside the top-10 and tied for seventh place at 5-under for the week at Muirfield.

Henderson entered the final round of the Women's Open 10 shots back of South Africa's Ashleigh Buhai.

Henderson's round started with a bogey on the first -- a hole she had previously made par on three rounds in a row. Six consecutive pars kept her at 1-over before making birdie on the eighth and parring hole 9 to finish the front even par at 36.

Henderson's back-nine started with a par on hole 10, accompanied by a bogey on 11. Birdies at 12 and 13 brought her to 1-under, where she finished her round with a 71 and tied for seventh place at 5-under through four rounds.

Her top-10 finish marks the 69th of her career.