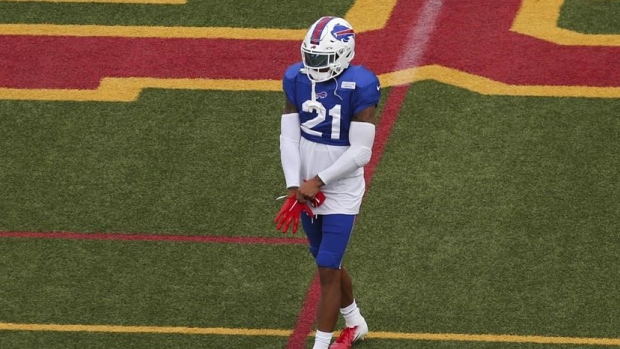 Both Poyer and Knox have missed practice this week with rib injuries.

Poyer, 31, leads the league in interceptions this season with four and was named AFC Defensive Player of the Week for his performance against the Baltimore Ravens last Sunday that saw him pick off Lamar Jackson twice.

The Dallas, OR native previously missed a Week 3 loss to the Miami Dolphins.

Knox, 25, is in his fourth season and has emerged as a go-to target for Josh Allen. Through four games this season, the Ole Miss product has hauled in 112 yards on 12 receptions. He had a team-high nine receiving touchdowns last season.

At 3-1, the Bills have dealt with a litany of injuries during the early season. Wide receiver Isaiah McKenzie (concussion), linebacker Tremaine Edmunds (hamstring) defensive tackles Jordan Phillips (hamstring) and Ed Oliver (ankle) and offensive lineman Justin Murray (foot) are also among those who are questionable for the game.