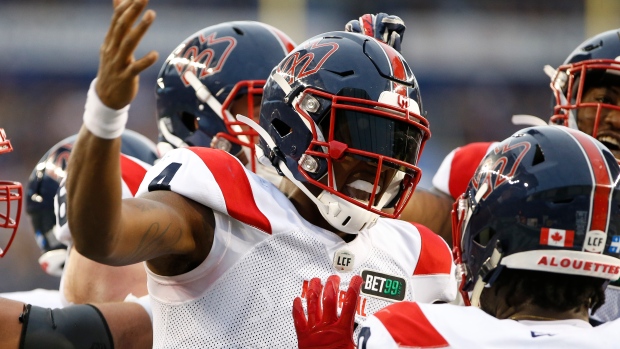 The Montreal Alouettes got the confidence boost they were looking for in handing the Winnipeg Blue Bombers their first loss of the season last Thursday.

Winnipeg had maintained their unblemished record the previous week by pulling away in the fourth quarter for a 35-20 win in Montreal. But the Alouettes were much more composed in the rematch, holding on for a narrow 20-17 victory in overtime.

“It might sound like a cliché said out loud, but it’s the kind of stuff you feel on the sideline, and you feel on the field and that’s what I felt personally from the guys. It’s a good image to see and it’s something we can build on and make sure that we keep moving forward.”

Reflecting on the win, Archambault said the Alouettes showed what they are capable of against a CFL powerhouse in a high-pressure situation for both teams.

“It is professional football, and you need wins. You need big wins on the road, especially against undefeated teams,” said Archambault. “It showed the guys that they can do it … the way that the guys fought through this thing and believed together, it shows them right now moving forward that week in and week out, why wouldn’t it go our way?

“Why wouldn’t we be the team that wins and ends of up in the fourth quarter being strong? Why wouldn’t it be us instead of watching another team do that? Why wouldn’t it be us? Are we incapable of doing that? And the guys answered that, and they showed themselves that we’re capable of that. We can finish those games and we’re a tough team to beat when we play four quarters. It was a good thing to see and there was pressure leading up to it, but it makes you feel like you can do it.”

The Alouettes are now preparing to host the Hamilton Tiger-Cats on Saturday, with both clubs holding 3-6 records and tied for second in the East Division.