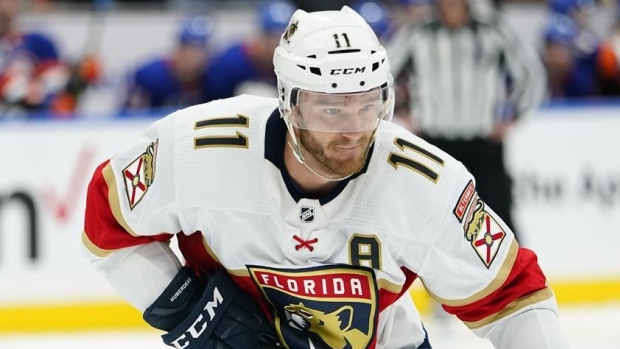 Calgary Flames forward Jonathan Huberdeau has pledged to donate his brain to science.

“As an NHL player, I’m very aware of the impact of traumatic brain injuries, concussions and the link to other mental health issues,” said Huberdeau in a Project Enlist release on Monday. “I’m proud to support Canadian military veterans by pledging to donate my brain to Project Enlist and support research to improve the quality of life of all military personnel who so bravely and courageously served our country.”

“Concussions ended my hockey career, but I have been able to recover. Other are not so lucky,” said Armstrong, a former Harvard captain. “It is important all Canadians understand that mental health issues can result from brain injuries and research will lead to new treatments. I am proud to support Canadian military members in pledging my brain to Project Enlist Canada.”

Huberdeau, 29, is entering his 11th NHL season and first with the Flames after a trade last month from the Florida Panthers.

Selected third overall by the Panthers in 2011 draft, the Saint-Jerome, Que. native has appeared in 671 career NHL games, posting 198 goals and 613 points.