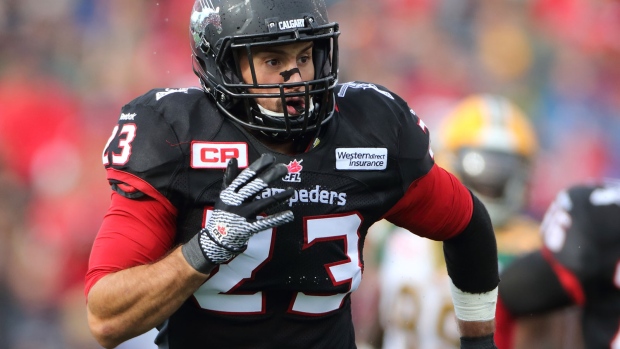 Langlais returns for an eighth season with the Stamps, while 2023 will mark Crawford’s third season with Calgary and his 10th in the Canadian Football League. The duo has a combined 257 games of regular-season and post-season CFL experience.

“Although Will and Aaron’s work often goes unnoticed, they certainly play an important role in the team’s success,” Stampeders president and general manager John Hufnagel said. “We’re pleased to bring both of these veterans back.”

Langlais started the Western Semi-Final and had one catch for three yards and two kickoff returns for 20 yards.

A third-round selection by the Stamps in 2015, Langlais has 20 catches for 261 yards and one touchdown as well as 60 special-teams tackles in 106 career regular-season contests.

“I’ve said this each time I’ve re-signed with the Stampeders – I can’t see myself playing with any other team,” said Langlais. “Calgary is home for me and I’m looking forward to a new season and for the chance to win some games.”

The Medicine Hat native has played 129 career regular-season games for Calgary and Hamilton, recording 30 special-teams tackles, one defensive stop and one forced fumble.

“I love the locker room we’ve been building here with this organization,” said Crawford. “We have great coaches and having one of the best kicker-punter combos and core specialists just has me excited to get back to work.”