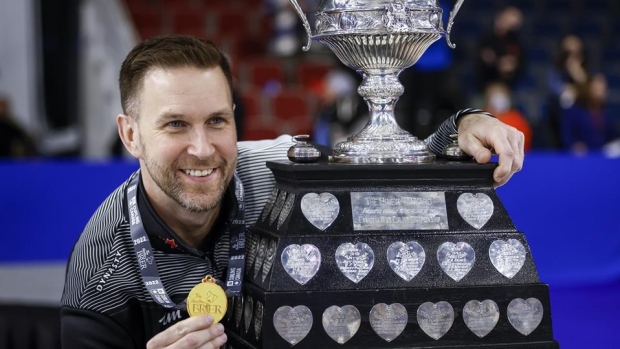 REGINA — The Canadian men's curling championship is returning to Regina.

Curling Canada announced Tuesday that the 2024 Brier will take place March 1-10 at the Brandt Centre.

Saskatchewan's capital has hosted the Brier five previous times, most recently in 2018.

The 2024 Brier will be the first men's championship with a new title sponsor after restaurant chain Tim Hortons said it was ending its sponsorship after the 2023 tournament.

Tim Hortons has been the title sponsor of the Brier since 2005. Curling Canada says it is in the process of looking for a new sponsor.

This report by The Canadian Press was first published Dec. 6, 2022.