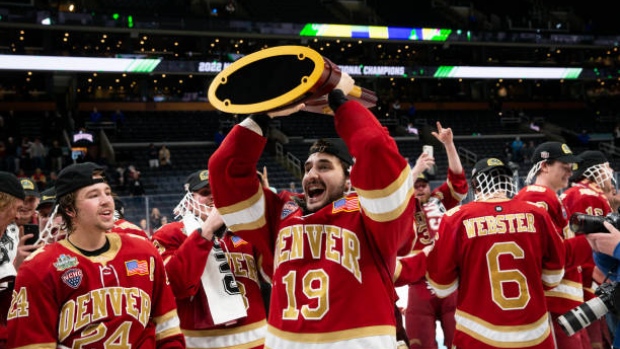 Guttman, a sixth-round pick of the Lightning in 2017, became a free agent on Monday as Tampa Bay's rights expired. He will carry a cap hit of $950,000 under the contract with Chicago.

Cole has entered the chat 👏 pic.twitter.com/EYpSq5Z270

The 23-year-old centre spent the past four seasons at the University of Denver. He had 19 goals and 45 points in 41 games last season.

Guttman is the second member of the Lightning's 2017 draft class to sign with a different team, with seventh-round pick Sammy Walker joining the Minnesota Wild.