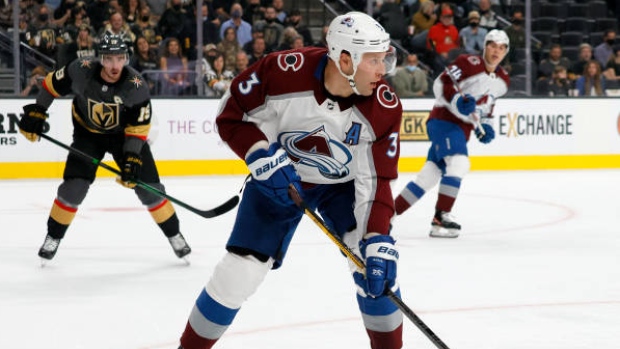 The Chicago Blackhawks have signed veteran defenceman Jack Johnson to a one-year, $950,000 contract.

Johnson, 35, is fresh off winning his first career Stanley Cup with the Colorado Avalanche this past spring.

“Jack provides the team with a strong veteran presence, good size and a competitive edge,” general manager Kyle Davidson said in a statement. “We’re excited to have Jack join the organization and, coming off a Stanley Cup championship last year, he will strengthen our defensive group.”

He posted one goal and nine points in 74 games with the Avalanche last season, and went without a point in 13 playoff games.

The Blackhawks are set to become Johnson's fourth team in four seasons, having spent the past three years with the Avalanche, New York Rangers and Pittsburgh Penguins.

Selected third overall in the 2005 NHL Draft by the Carolina Hurricanes, Johnson has 72 goals and 312 points in 1,024 career games.