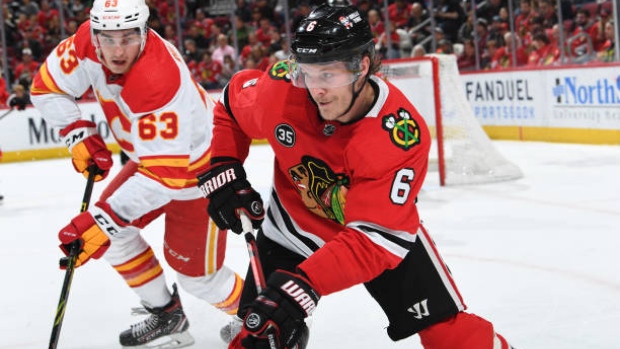 The Chicago Blackhawks activated defenceman Jake McCabe off of injured reserve on Friday.

McCabe missed all of training camp after being given a 10-12 week timeline for recovery from cervical spine surgery on Sept. 13.

We have activated Jake McCabe off injury reserve 🙌 pic.twitter.com/CZCVR6NaGK

McCabe, 28, had had four goals and 22 points in 75 games with the Blackhawks last season, his first with the team.

Selected in the second round of the 2012 draft by the Sabres, McCabe had previously spent his entire career in Buffalo.