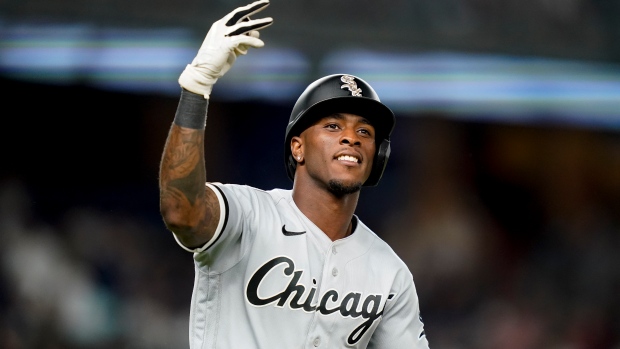 As the Chicago White Sox make a push for a division title, they will have to do so without an All-Star infielder.

Bally Sports' Russell Dorsey reports shortstop Tim Anderson will be out for four to six weeks with a torn ligament in his hand.

White Sox shortstop Tim Anderson will be out 4-6 weeks with a torn ligament in his hand, source tells @BallySports and @Stadium. Surgery is a possibility.

Surgery is a possibility for the 29-year-old Anderson.

Anderson is in his seventh big-league season. In 79 games this season, the Tuscaloosa, AL native is batting .301 with six home runs, 25 runs batted in and a .734 OPS.

The White Sox (55-53) currently sit two games behind the Minnesota Twins in the American League Central and two-and-a-half games behind the Seattle Mariners for the final AL wild-card spot.

The team opens a four-game set with the Kansas City Royals on Tuesday with a doubleheader. Anderson would be unavailable for the first game, serving the second game of a two-game suspension for making contact with an umpire in late July.