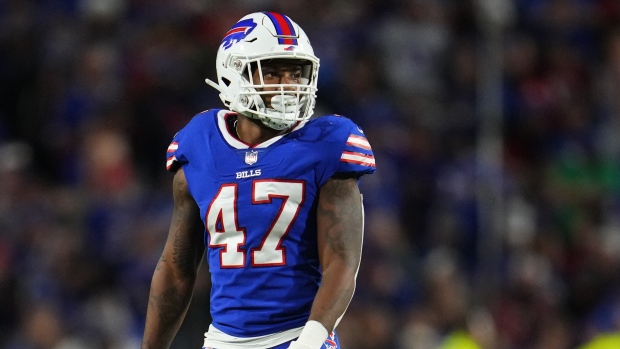 Benford, a sixth-round selection out of Villanova, drew into the lineup Sunday due to the litany of injuries to the Bills' secondary that the likes of Jordan Poyer, Micah Hyde, Tre'Davious White, and Dane Jackson sidelined.

A native of Baltimore, Md., the 22-year-old has recorded three tackles two games into his rookie campaign.

Benford was not the only rookie forced to start against Tua Tagovailoa and the Dolphins' offence as first-round selection Kaiir Elam out of the University of Florida was also forced into action.

There is no timeline for his return.