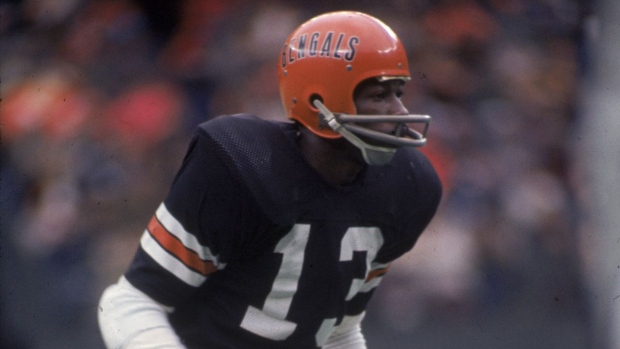 The defenders who starred in the 1960s, 70s and 80s were announced as the three senior candidates for next year's Hall of Fame class from a list of 12 semifinalists. They will get into the Hall if they are supported by at least 80% of voters next January.

Howley began his career with the Chicago Bears in 1958-59 and then played his final 13 seasons for the Dallas Cowboys with his biggest claim being the only player from a losing team ever picked as Super Bowl MVP.

Howley won MVP after intercepting two passes in Super Bowl V when Dallas lost to Baltimore 16-13. He ended up on the winning side the following season when he had an interception and fumble recovery in a 24-3 win over Miami. His three career interceptions are tied for the most in Super Bowl history with Rod Martin and Larry Brown.

Howley was a five-time All-Pro in his 15 seasons with 25 interceptions and 18 fumble recoveries in 180 games.

Klecko was a mainstay on the Jets famed “New York Sack Exchange," earning Pro Bowl honors at nose tackle, defensive tackle and defensive end in a 12-year career that ended with one season on the Indianapolis Colts.

Klecko was an All-Pro twice, including in 1981 when he unofficially led the NFL with 20 1/2 sacks and finished second to Lawrence Taylor in the Defensive Player of the Year voting. Sacks didn't become an official stat until the following season.

"You made my day; that’s for sure,” the 68-year-old Klecko said Tuesday after being given the news in a congratulatory phone call from Hall of Fame President Jim Porter.

“I’ve had too many of them ‘no’ phone calls, and to get this one with a ‘yes’ is just absolutely exciting. ... It’s a great time in the Klecko house.”

Riley played his entire 15-year career from 1969-83 at cornerback for the Cincinnati Bengals. A quarterback in college at Florida A&M, Riley excelled in the pros after the position switch.

He had four interceptions as a rookie, a career-high nine in 1976 and eight in his final season when he earned his only first-team All-Pro selection.

Riley's 65 career interceptions rank fifth highest in NFL history and second to Dick “Night Train” Lane’s 68 for players who were exclusively cornerbacks. His nine seasons with at least four interceptions are tied for the second most in the Super Bowl era.

The Hall’s Board of Trustees approved a change earlier this year to enlarge the number of finalists in the Seniors category from one to three in each of the next three Hall of Fame classes.

The selection committee could also vote in up to five modern era candidates from a pool still to be determined.

The Class of 2023 will be formally enshrined next summer in Canton, Ohio.