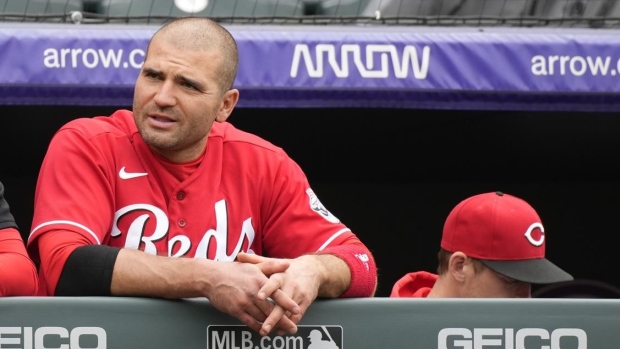 Joey Votto announces that he will undergo season-ending surgery on Friday to repair a torn rotator cuff. pic.twitter.com/OVirCZaB7L

The 38-year-old Votto, who recently played in his 1,989th career game to set a new Canadian record, made the announcement on Wednesday.

Cincinnati selected the Toronto native in the second round of the 2002 MLB Draft and has gone on to make six All-Star appearances as well as winning the National League MVP award in 2010, hitting .324 with 37 homers and 113 RBIs over 150 games.

Votto has led the Reds to four playoff appearances.

The Reds have been one of the worst teams in the MLB this season, sitting second last in the NL Central with a 46-70 record.