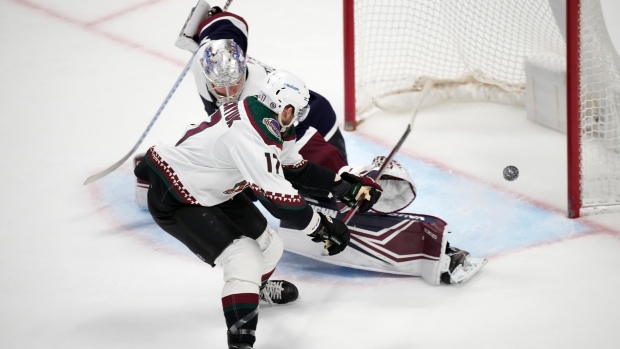 The Colorado Avalanche have released forward Alex Galchenyuk from his professional tryout, The Athletic's Peter Baugh was first with the news.

Alex Galchenyuk has been released from his PTO. Jacob MacDonald now has his locker in the main room.

The 28-year-old Galchenyuk had 16:59 of ice time in a 3-2 overtime loss last week in the team's first preseason game against the Minnesota Wild.

Originally taken with the third overall selection of the 2012 NHL Entry Draft by the Montreal Canadiens out of the Ontario Hockey League's Sarnia Sting, Galchenyuk has appeared in 643 games over 10 seasons with the Habs, Arizona Coyotes, Pittsburgh Penguins, Ottawa Senators and Toronto Maple Leafs.

The Milwaukee native spent last season with the Coyotes, his second stint with the team, scoring six goals and adding 15 assists in 60 games.

The reigning Stanley Cup champion Avs continue their preseason on Wednesday night with a visit to the Vegas Golden Knights.