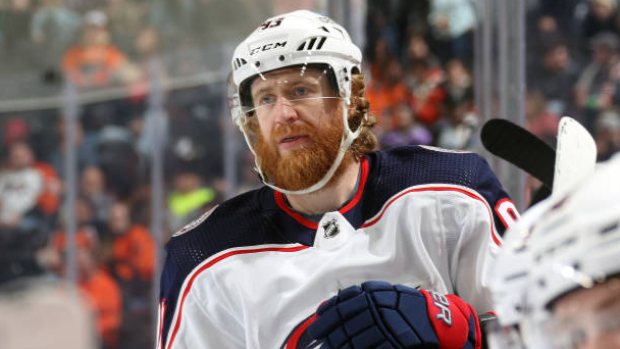 Columbus Blue Jackets forward Jakub Voracek announced Monday he will be out long-term with concussion symptoms.

Voracek, who noted he's had at least seven documented concussions over his NHL career, said his chances of playing again this season are "slim."

The team had previously announced the 33-year-old, who last played on Nov. 4, would be out indefinitely.

#CBJ Jake Voracek updating his health status, acknowledges that he’s going to be out long-term with concussion symptoms. pic.twitter.com/iGb6Myy8OY

Voracek has one goal and six points in 11 games this season, his second with Columbus since a 2021 trade from the Philadelphia Flyers. He had six goals and 62 points in 79 games with the team last season.

Selected seventh overall by Columbus in the 2007 draft, Voracek spent the first three years of his career with the Blue Jackets before being traded to Philadelphia.