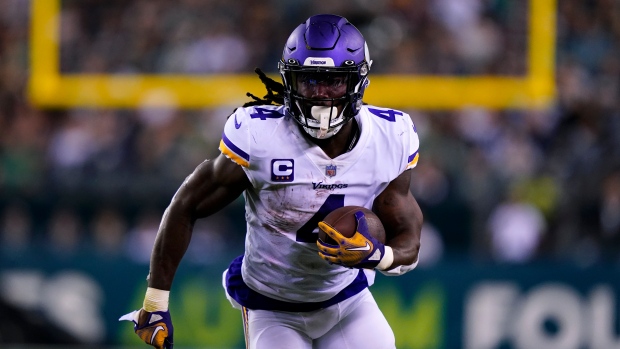 Minnesota Vikings running back Dalvin Cook was a full participant in Thursday's practice today ahead of the Vikings game against the New Orleans Saints from Tottenham Hotspur Stadium on Sunday as part of the NFL International Series.

The 27-year-old suffered a shoulder injury late in the second quarter of Week 3 against the Detroit Lions and was ruled out for the remainder of the game.

Cook had amassed a season-high 86 rushing yards on 17 carries and a touchdown before his departure. Fourth-year back Alexander Mattison took over for Cook and finished with 28 yards and a touchdown on seven touches.

A product of Florida State University, the former Seminole and native of Miami was selected by the Vikings in the second round (41st overall) of the 2017 National Football League Draft.