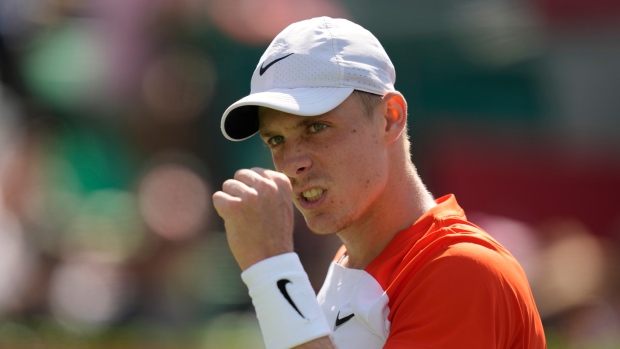 SEOUL, Korea, Republic Of — Canada's Denis Shapovalov booked his ticket to the Korea Open semifinals after a 6-2, 6-2 win over Radu Albot on Thursday.

The Richmond Hill, Ont., native fired six aces and broke on four of 10 opportunities in the victory. Shapovalov also won 88 per cent of first-serve points.

Albot of Moldova did not have any break point chances and had only one ace in the match.

The 23-year-old Shapovalov defeated Spain's Jaume Munar 7-5, 6-4 in the second round to advance to Thursday's quarterfinal.

Shapovalov, the fourth seed in the tournament, will next go head-to-head against Jenson Brooksby on Friday.

This report by The Canadian Press was first published Sept. 29, 2022.