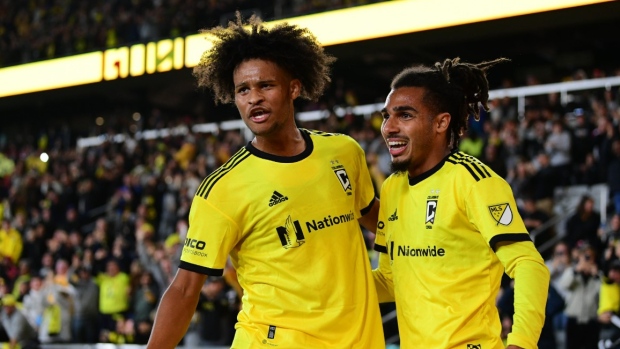 COLUMBUS, Ohio (AP) — Derrick Etienne scored the deciding goal in a 2-1 win for the Columbus Crew over the New York Red Bulls on Saturday.

Etienne’s winner came in the fourth minute of stoppage time to put the Crew (10-7-15) up 2-1. Etienne scored all of the Crew’s goals in the matchup.

The Red Bulls outshot Columbus 10-9 with three shots on goal to the Crew's four.