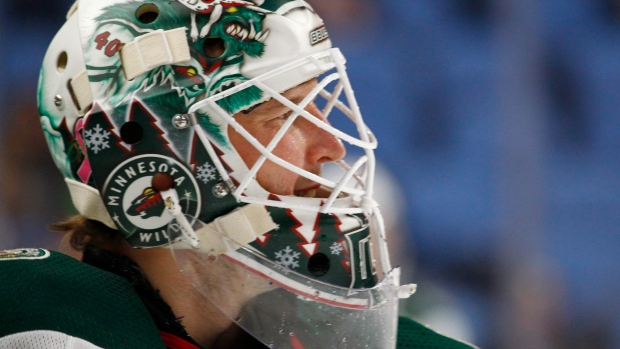 After 12 seasons spent with six teams and 542 career games, goaltender Devan Dubnyk officially announced his retirement from the National Hockey League on Saturday.

Best of luck to Devan as he starts his broadcasting career!

A native of Regina, Sask., Dubnyk was drafted 14th overall in the 2004 NHL Draft by the Edmonton Oilers. Dubnyk played five seasons for the Oilers (2009-13) before being traded to the Nashville Predators. He later spent a season with the Arizona Coyotes (2014) and was traded to the Minnesota Wild for a third-round pick.

In his first start for the Wild, Dubnyk posted an 18-save shutout against the Buffalo Sabres. He went on to finish the season having won 27 games, with a .936 save percentage and 1.78 goals-against-average to help the Wild make the Stanley Cup playoffs. His performance earned him NHL Second-Team All-Star honours, finished third in Vezina Trophy voting and fourth in Hart Trophy balloting and won the Bill Masterton Trophy for dedication to hockey.

Dubnyk went on to play six seasons for the Wild (2014-19) before splitting his final season in the NHL between the San Jose Sharks and Colorado Avalanche (2020).

Over his 12 seasons in the NHL, Dubnyk won 253 games in his career, recording a 2.61 GAA and a .914 save percentage to go along with 33 regular-season shutouts.