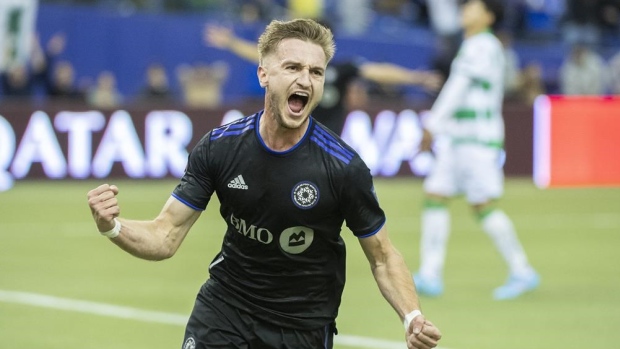 With a game in hand on Philadelphia and sole possession of second place in the Eastern Conference, a shot at the top seed and first playoff appearance since the 2016 season seems increasingly likely.

Montreal’s game on Saturday evening against New England at Stade Saputo will be opportunity to extend the team's unbeaten run to seven games.

“When things are good, you develop good habits and that’s something that’s showing on a daily basis right now,” said head coach Wilfried Nancy. “This is a very different league however and you’ll start to see some really surprising results. This is a good challenge for the squad and they’re up for it.”

Successfully navigating the final stretch of the regular season and putting together a playoff run requires many things, none more than players peaking at the right time.

One of those players hitting their stride is Djordje Mihailovic. Before he injured his ankle just before the international break, he was among the front-runners for MLS Most Valuable Player.

Having missed roughly a month and a half, Mihailovic has taken some time to get his feet back underneath him.

“It’s been a metal battle and that’s not something a lot of people understand, it’s a big mental battle,” said Mihailovic after Montreal’s game against the Houston Dynamo last week.

“The injury knocked me down and it took me a while to get out of that. This past week I finally reached a high point and this game I finally felt good mentally and felt confident in my abilities. I just felt free, I wasn’t worried or anything.”

After a slight dip in offensive output, Montreal has re-established itself as an offensive powerhouse, scoring nine goals in its last five games, coming in at fifth in MLS. Much of that has come from the consistent offensive contribution of the team's defenders.

“When you play with a five-back and you demand that every defender is good on the ball you definitely see something different,” said Montreal defender Alistair Johnston. “When these chances fall to us, I think we’re not the typical [defenders].

"The guys have technique so it doesn’t really come as a surprise and it’s important. If we’re not going to be the best back line in terms of conceding the least number of goals, you have to bring something else to the table.”

After cruising to the top spot in 2021, the sixth-seeded Revolution find themselves in a monumental nine-team battle for a spot in the East's playoff picture, with only five points separating fifth and 13th place.

Kickoff at Stade Saputo is scheduled for 7:30 p.m. ET.

This report by The Canadian Press was first published Aug. 19, 2022.