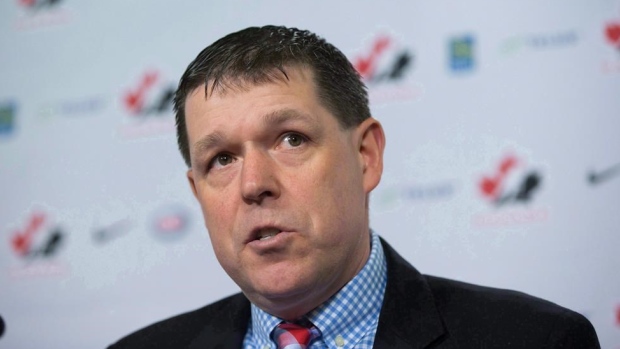 TSN Hockey insiders Darren Dreger and Pierre LeBrun share the latest on how Hockey Canada is responding to widespread criticism, and now sponsorship fallout. They also explain how the NHL and IIHF are viewing the situation.

Will today’s scheduled meeting, via conference call, be a step toward a resolution to this matter?

Darren Dreger: It could be. A meeting involving the Hockey Canada board and the head of each membership, provincially speaking. You’re talking about the federations across Canada that make up a good portion of Hockey Canada, the leaders of each.

This is a scheduled conference call, there will be another conference call scheduled for next week. And then they plan to have an in-person meeting on October 15. What we don’t know is if Scott Smith, as head of Hockey Canada, will make it to that point.

How closely are the other governing bodies like the CHL, IIHF, and NHL watching this situation?

Dreger: They are definitely monitoring, there’s no doubt about that. The National Hockey League, with some involvement from the NHL Players’ Association, are nearing the end of their investigation into the 2018 sexual abuse allegations. That’s been the primary focus of the NHL.

Could there be discipline for those potentially involved? Yes, there could be, and that, too, would include the NHLPA.

As for the IIHF, they have deep concerns for what’s going on around Hockey Canada but they’re also watching closely the investigation that the NHL is conducting into 2018 and if there is wrongdoing that’s proven here, you could also see the IIHF open up their own disciplinary hearings, potentially, for those players involved.

As Canadian Tire was announcing it was pulling its sponsorship from Hockey Canada, they said they were going to direct some of those funds towards Sheldon Kennedy and his Respect Group. Pierre, you spoke to Sheldon today?

He added, quote: “This is about the kids. This is about making the game the best it can be. We have to come out of this better.”

I think there are a lot of volunteers, stakeholders, and minor hockey rinks across the country that agree with Sheldon Kennedy.