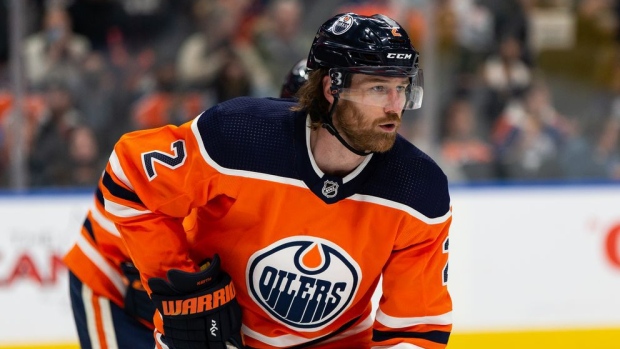 The Edmonton Oilers announced Friday that former defenceman Duncan Keith is joining the team in a player development role.

The team says Keith will "visit with Oilers draft picks at the junior level and also spend time with the team's prospects in Bakersfield (AHL)."

The two-time Norris trophy winner retired this past summer after 17 NHL seasons, 16 of which came for the Chicago Blackhawks, and the final one with the Oilers. He had one goal and 20 assists in 64 regular season games in 2021-22.

Meanwhile, Edmonton also announced Milan Tichy has been appointed as director of amateur European scouting. Warren Rychel and Jason Pietrzykowski were added as pro scouts. Jeff Salajko has been added as a goaltending scout and Christian Vermette joins the club's staff of amateur scouts.

The Oilers opened their season with a 5-3 victory over the Vancouver Canucks on Wednesday.