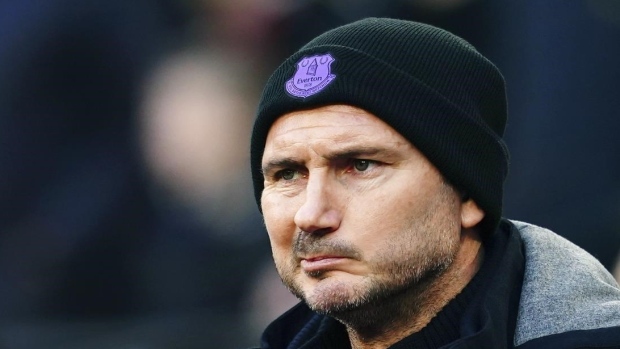 Frank Lampard's time at Goodison Park is up.

The Chelsea icon has left Everton less than one year after he was appointed manager, the team confirmed on Monday afternoon.

Paul Tait and Leighton Baines will take training until a new manager is appointed.

The Toffees were defeated 2-0 by fellow relegation-battlers West Ham on Saturday for the team's third straight defeat. The loss leaves Everton in 19th place and two points adrift of Wolves for the final safe spot. The team is now winless in 10 matches.

A second straight relegation fight is not something that owner Farhad Moshiri and chairman Bill Kenwright had on the cards for this season. After Lampard was appointed on Jan. 31, 2022, the team was able to escape the drop, eventually finishing 16th and four points clear, but Lampard's ability to keep the team from the drop again was in doubt with Everton managing a league-worst three victories this season.

To add onto the league misery, Everton has already been eliminated from the FA Cup and the League Cup, crashing out of both in the third round.

Prior to joining the Toffees, Lampard began his managerial career with Derby County, taking them to the Championship playoffs in his first year in charge, before departing for the Blues in July of 2019. He was fired by Chelsea in January of 2021.

Everton returns to action on Feb. 4 when they host leaders Arsenal.

Leighton Baines and Paul Tait will direct team training until a new manager is appointed.