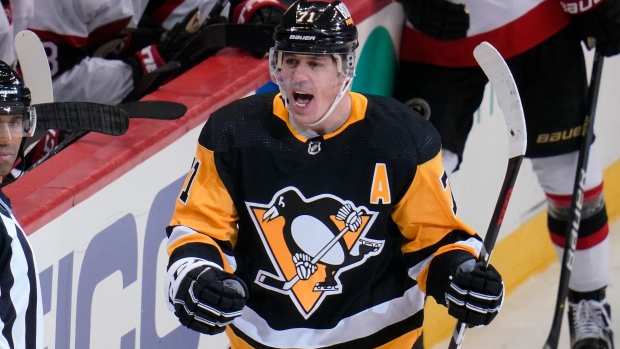 Pittsburgh Penguins forward Evgeni Malkin has decided to test the open market and become a free agent for the first time in his career, according to TSN Hockey Insider Darren Dreger.

Breaking: Sources say Evgeni Malkin has decided to go to the open market on Wednesday. Malkin has never been a free agent before and wants to see what his options are.

The 35-year old has spent his entire 16-year NHL career with the Penguins and wants to see what his options are outside of Pittsburgh, Dreger added.

TSN Hockey Insider Pierre LeBrun adds that there had been progress in contract talks between Malkin and the Penguins on Monday but his decision to test free agency speaks to his frustration with how the process has played out.

Big one here from @DarrenDreger. As I reported this morning, there had actually been a bit of progress in talks the last 24 hours but I think this speaks to Malkin's frustration with how the process has played out https://t.co/qYi2aMhnGU

Free agency is set to open on Wednesday, July 13.

Malkin has recorded 444 goals and 702 assists for 1,146 points  in 981 career NHL games. He sits third all-time in franchise scoring behind longtime teammate Sidney Crosby (1,409) and Mario Lemieux (1,723), second in games played, and third in goals and assists. In 177 playoff games, Malkin has recorded 67 goals and 113 assists.

The second-overall pick in the 2004 NHL Draft, Malkin has played just 74 games over the past two seasons due to injury.