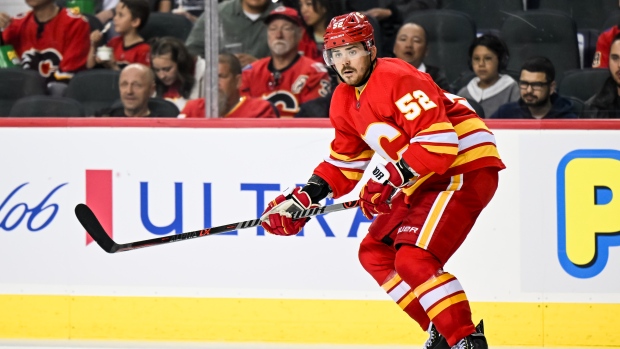 As MacKenzie Weegar signed his new eight-year, $50 million contract extension on Friday he thought about his winding journey in hockey.

Nine years after his career began with the Florida Panthers as a seventh-round pick, Weegar signed one of the richest contracts the Calgary Flames have ever given a defenceman.

“When I signed the deal, I just kept thinking of how long of a road it's been for me since Junior B, to the [East Coast Hockey League], now to here,” the 28-year-old said after he put pen to paper. “All my friends and family, all the support, I think it's not just me that signed the deal, it’s everyone around me."

Weegar was drafted with the 206th pick in 2013 out of the Halifax Mooseheads and spent the next four seasons on a steady rise through the Panthers organizations. All told, the Ottawa native played with three AHL teams and the Panthers’ ECHL affiliate before becoming a full-time NHLer.

He adapted and evolved his game. He made his NHL debut in the 2016-17 season and became a full-time NHLer soon after.

“Just a kid in Ottawa wanting to play hockey,” he said of his journey to the NHL. “Just try to work.”

In Weegar, Calgary has one of the league’s most underrated blueliners. Over the past two seasons, he is fifth among all NHL defencemen in even-strength points and third in even-strength goal differential.

Last season, he was paired with Aaron Ekblad in a duo that was among the best in the league before joining the Flames in the blockbuster trade that sent Matthew Tkachuk to the Panthers in exchange for Weegar, Jonathan Huberdeau, a conditional first-round pick, and prospect Cole Schwindt.

Despite not having played a regular-season game in Calgary yet, Weegar had seen enough early in his tenure with the organization that he wanted to commit long term.

“The winning culture,” he said, referring to to a roster composed of Stanley Cup winners.

“Looch, Coleman, Naz, Darryl, lots of guys who have won here. That’s important. We need that down the stretch. They want to win now. I want to win now.…This city wants to win, passionate fanbase. Right from when I got here, everyone was super excited to have us three [ Huberdeau and Nazem Kadri] come in here. That culture is just a winning culture here.”

Weeks after signing his own long-term extension with the Flames, Huberdeau might have tried to convince Weegar to do the same.

“He kept giving me maybe an elbow or two in the gut saying, ‘When are you gonna do it?’” Weegar said. “I just kept saying the same thing to him as to you guys. ‘Hopefully soon.’ Now I can maybe get a house next to him or something like that.”

“The expectations are high within the team, which is great.”

Weegar is likely to start the season on a pairing with Chris Tanev. While he did not play much on the power play in Florida, Weegar should get significant time on both special teams in Calgary. Head coach Darryl Sutter has been impressed with Weegar early on, not only for his on-ice abilities but for how much of a student of the game he is.

“Good player, good city, good team,” Sutter summarized. “He’s got a zest for the game. He’s coachable…he’s got lots going for him.”