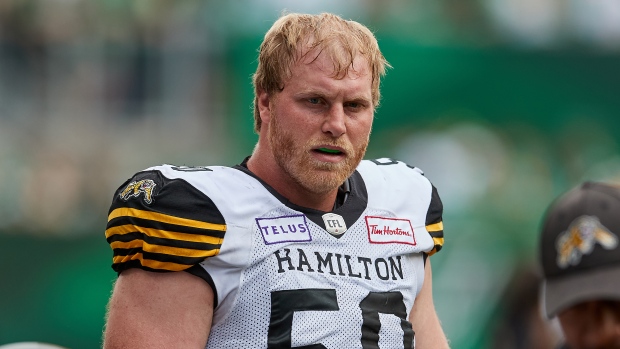 The six-foot-six, 298-pound American had started a combined nine games at left tackle (seven games) and right guard (twice) this season for Hamilton. But Vornkahl, 26, didn't dress for the Ticats' 48-31 home win over the Winnipeg Blue Bombers last weekend.

Vornkahl signed with Hamilton in April 2021 and made four starts at left tackle as a rookie.

This report by The Canadian Press was first published Sept,. 21, 2022.