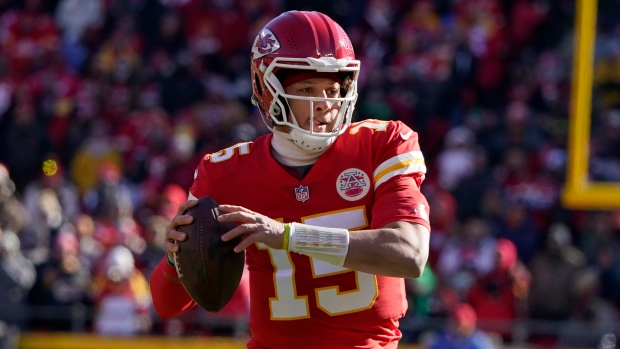 The NFL playoffs are in full swing, and the Super Bowl is just around the corner.

This year’s event will take place on Sunday, Feb. 12 at State Farm Stadium in Glendale, Ariz.

Glendale is hosting the Super Bowl for a third time overall and first time since 2015, when the New England Patriots defeated the Seattle Seahawks.

Tom Brady and the Tampa Bay Buccaneers are already on the outside looking in as they fell 31-14 to the Dallas Cowboys in an NFC wild-card game.

Brady, 45, will miss out on a chance to lift the Vince Lombardi Trophy for an eighth time.

The Kansas City Chiefs and Philadelphia Eagles, who both clinched their divisions and home-field advantage with identical 14-3 records, will begin their respective journeys to the big dance when the division playoffs begin on Jan. 21.

A new winner will be crowned this year as the defending champion Los Angeles Rams failed to qualify for the postseason.

The Cincinnati Bengals, who fell to the Rams in the Super Bowl in 2022, have advanced to the next round of the playoffs after beating the Baltimore Ravens 24-17 on wild-card weekend.

The Patriots are the all-time leader in Super Bowl appearances (11) and are tied with the Pittsburgh Steelers in wins (six).

The Cowboys and San Francisco 49ers have each won the Super Bowl five times and have a chance to pull even with the all-time win total.

When is Super Bowl LVII?

Where is the Super Bowl LVII being held?

Super Bowl LVII is being held at State Farm Stadium in Glendale, Ariz., the home of the Arizona Cardinals.

This is the first time Arizona has hosted the Super Bowl since 2015 when the New England Patriots defeated the Seattle Seahawks in a thrilling 28-24 victory at the University of Phoenix Stadium in Glendale, Ariz.. The game ended in dramatic fashion when Seahawks quarterback Russell Wilson had his pass intercepted at the Patriots' one-yard line by cornerback Malcollm Butler to seal the Patriots' victory with 27 seconds remaining.

Arizona also hosted the Super Bowl in 2008 at the University of Phoenix Stadium when the New York Giants defeated the 16-0 New England Patriots 17-14 to win Super Bowl XLII and end the Patriots' perfect season.

Where can I watch Super Bowl LVII?

You can watch Super Bowl LVII on CTV and watch data enhanced streams LIVE on TSN+.

When does Super Bowl LVII kickoff?

Who is performing at the Super Bowl LVII Halftime Show?