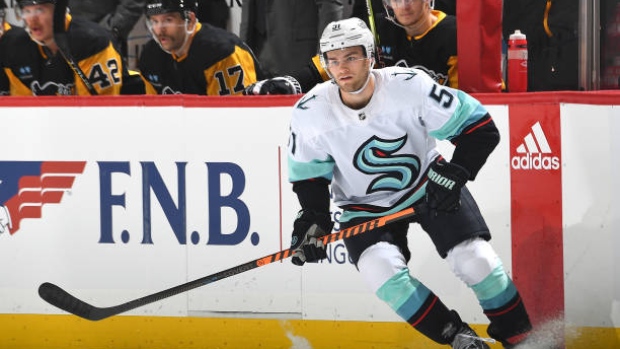 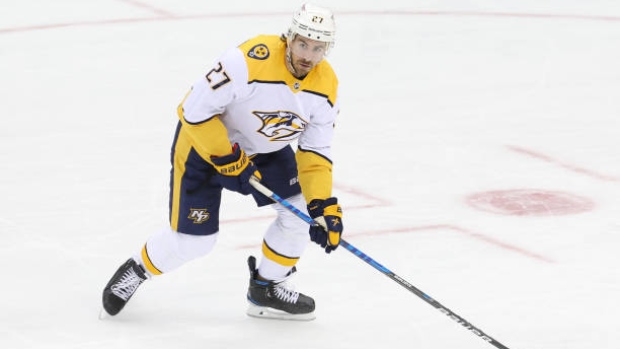 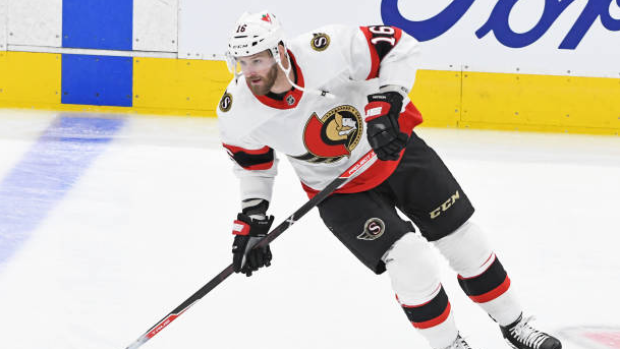 The Kraken have recalled forward Shane Wright from his conditioning loan with the AHL's Coachella Valley Firebirds on Monday.

The #SeaKraken have recalled F Shane Wright from his conditioning loan with Coachella Valley (AHL). pic.twitter.com/SqznobSSVr

The fourth overall draft choice in the 2022 NHL Draft scored four goals in five games in his stint in the AHL.

Wright, 18, has an assist in seven games with the Kraken this season.

Head coach Mike Sullivan told reporters that Crosby, Malkin and DeSmith did not practice due to illness and were kept away from the rink as a precaution. They will reassess them on Tuesday.

Poehling is considered day-to-day with an upper-body injury, according to Sullivan, and he skated on his own Monday morning.

Mike Sullivan: “Sid, Geno and Casey are all sick. Hopefully they’ll feel better tomorrow. We thought it was best to keep them away from the rink. We’ll see how they feel in the morning.”

Said Poehling is day-to-day with an upper-body injury. He skated on his own this morning.

Poehling, 23, has four goals and seven points in 25 games this season.

Defenceman Ryan McDonagh will miss 2-4 weeks with an upper-body injury and was placed on injured reserve on Monday.

McDonagh, 33, left the Predators' 4-1 victory over the New York Islanders on Friday after being struck by Islanders defenceman Alexander Romanov's shot in the nose.

The 6-foot-1 defenceman has six assists in 23 games this season.

McDonagh was acquired by the Predators on July 3 from the Tampa Bay Lightning in exchange for defenceman Phillippe Meyers and forward Grant Mismash.

The Predators have recalled defenceman Jordan Gross from the AHL's Milwaukee Admirals in a corresponding move.

The 5-foot-10 defenceman has two goals and 11 points in 13 games with the Admirals this season.

Defenceman Artem Zub and forward Austin Watson did not participate in Senators practice on Monday, according to TSN's Claire Hanna.

No Artem Zub or Austin Watson at practice.

Zub, 27, took a puck to the face during Friday's 3-2 overtime win over the New York Rangers and TSN Hockey Insider Darren Dreger reported that he could miss two-to-three weeks due to injury.

Have to see what follow up medical evals indicate, but hearing Senators defenceman Artem Zub could be out 2-3 weeks after taking a puck in the face on Friday.

The 6-foot-2 defenceman has two goals and four points in 14 games this season.

Watson, 30, did not practice due to a maintenance day and is expected to play against the Los Angeles Kings on Tuesday.

The 6-foot-4 winger has a goal and three points in 24 games this season and played 9:20 in ice time during the Senators 5-2 victory over the San Jose Sharks on Saturday.

The Senators used these lines during Monday's practice:

The Flames are projected to use these lines for their game against the Arizona Coyotes on Monday:

The Capitals have recalled goaltender Hunter Shepard from the AHL's Hershey Bears on Monday.

NEWS | The Capitals have recalled goaltender Hunter Shepard from the Hershey Bears.#ALLCAPS https://t.co/7zur1e0NYv

The move comes after goaltender Darcy Kuemper left Sunday's 5-2 victory over the Calgary Flames with an upper-body injury.

The 6-foot netminder was named AHL Goaltender of the Month for November.

Kuemper, 32, is listed as day-to-day according to head coach Peter Laviolette.

Additonally, Laviolette confirmed that defenceman Dmitry Orlov will not return to the lineup on Monday against the Edmonton Oilers.

The 31-year-old defenceman hasn't played since Nov. 5 due to a lower-body injury and is still on injured reserve.

Orlov has five assists in 13 games this season.

The Blue Jackets have recalled forward Kirill Marchenko from the AHL's Cleveland Monsters on Monday.

Marchenko, 22, has eight goals and 19 points in 16 games with the Monsters this season.

The 6-foot-3 forward was drafted 49th overall by the Blue Jackets in the 2018 NHL Draft and is second in rookie scoring in the AHL.

Additionally, the Blue Jackets have assigned forward Trey Fix-Wolansky to the Monsters.

Forwards Nikita Kucherov, Vladislav Namestnikov, and defenceman Haydn Fleury did not practice with the team on Monday, according to team reporter Chris Krenn.

#Bolts say Kucherov and Namestnikov are absent from practice for body maintenance.

#Bolts also say Fleury is day-to-day with a lower-body injury.

Kucherov and Namestnikov were absent due to maintenance days but Fleury is day-today with a lower-body injury.

Fleury, 26, has an assist in 13 games this season and did not play during the Lightning's 4-3 overtime victory over the Toronto Maple Leafs on Saturday.

The Rangers have recalled forward Jonny Brodzinski from the AHL's Hartford Wolf Pack on Monday.

Brodzinski, 29, has two goals and nine points in 17 games this season in Hartford.

The Bruins used these lines during Monday's morning skate prior to their game against the Vegas Golden Knights, according to Matt Porter of the Boston Globe:

The Devils used these lines during Monday's practice, according to team reporter Amanda Stein:

Everything the same at #NJDevils practice today, Andreas Johnsson being used right now as an extra D-man for breakout drills. pic.twitter.com/T92SxplN52