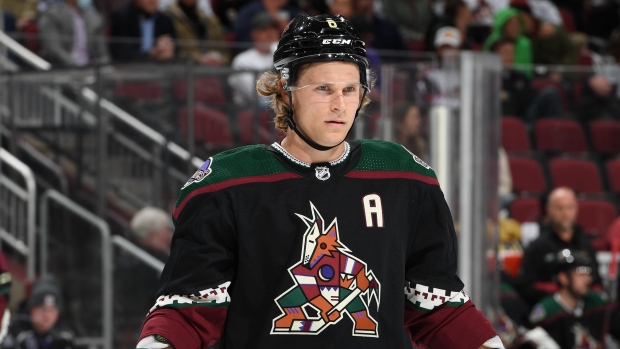 Who are the current suitors for Coyotes' defenceman Jakob Chychrun as trade talks intensify? How did the Rasmus Sandin contract stalemate end? After extending Spencer Knight, what should be made of Florida's goaltending situation? Is David Pastrnak close to an extension? The TSN Hockey Insiders discuss this and more. 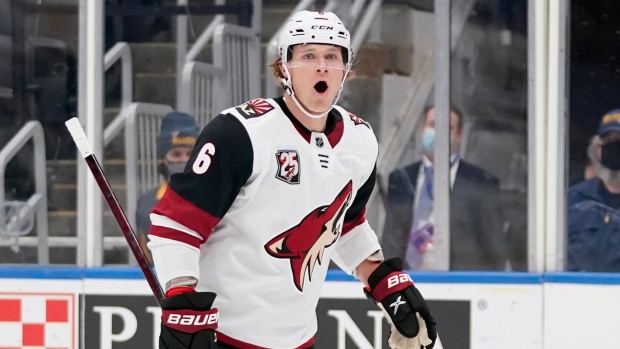 Darren Dreger: There's no secret that Jakob Chychrun still wants out of the Arizona Coyotes, but the Arizona Coyotes still tell everybody that they're willing to be patient. Although what is clear now as the regular season is fast approaching is that the trade interest in Chychrun is once again intensifying. Some say that the Coyotes have softened to some degree at least in their expected return and are more willing now to take on a contract or contracts. Granted, you've got to have a first-round draft pick, you've got to have a prospect involved in all of this, so the ask is still high. Now some of the teams that are listed with interest include the Ottawa Senators, the Toronto Maple Leafs, the Edmonton Oilers, the Los Angeles Kings, the St. Louis Blues, the Columbus Blue Jackets and on and on it goes. However, it is a challenging one. Despite the quality of player and the contract, there's some cap hurdles that many of teams I just mentioned are going to have to overcome.

Pierre LeBrun: Speaking of defencemen...Rasmus Sandin, of course, ending his contract stalemate with the Toronto Maple Leafs, and this is an interesting one because you know after Jordi Benn went out with an injury in the preseason game on Wednesday night, you could say 'wow, more leverage again for Rasmus Sandin,' because the Leafs desperately need him back, but it's sort of acted as a reverse situation in the sense Rasmus Sandin woke up on this day and said you 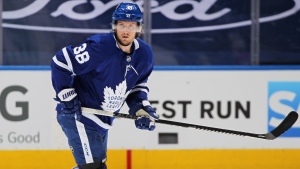 know what 'I gotta go help my team.' I spoke with Sandin's agent, Lewis Gross, who said that's exactly what happened, that they reached out to Kyle Dubas, GM of the Leafs, and said 'OK, we're ready to end this,' and Sandin signing essentially the kind of deal that the Leafs have had out there this entire time. Although, the Leafs were also willing to do a one-year deal throughout this process, but Sandin signs for $1.4 million and put his teammates frankly ahead of what it could of been, perhaps a bigger contract had he continued to hold out.

Dreger: There was a bit of panic setting in for the Toronto Maple Leafs, even during the game versus the Montreal Canadiens when two defencemen went down. I'm told that Leafs management was actually making calls around the National Hockey League inquiring about some defencemen who are still in camp on PTOs. So, no question, still trying to bolster the depth in that positon.

Is there a chance we will see a goalie become available in Florida? 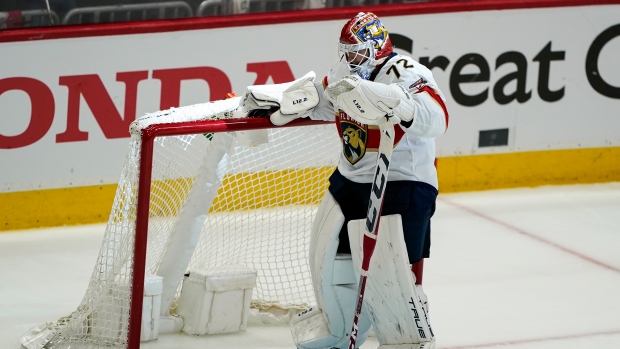 LeBrun: I don't think it's going to happen this year, but there's certainly a lot of people that were intrigued when the Florida Panthers extended Spencer Knight to a three-year deal worth $4.5 million earlier this week, which starting next year, gives them $14.5 in total with Sergei Bobrovsky still in the books through 2025-26 at $10 million. Listen, I put a few calls out there and here are a few things I was told about this intriguing situation. One is that the Florida Panthers were legit worried that Spencer Knight would be offer-sheeted next summer and they didn't want to be put into a position where they couldn't deal with that number. They don't want draft picks, they're in the win mode, so they wanted to be aggressive and get ahead of this situation. The other thing I'd say is that yeah, Sergei Bobrovsky is still signed long-term at $10 million a year, but as we've seen with Corey Crawford and Carey Price and Ben Bishop, goalies don't always age well, so we'll see how this all plays out over the next 2-3 years as far as Bobrovsky and Spencer Knight.

What's the latest on David Pastrnak?

Dreger: Well look, I mean's we're talking about a superstar player in Pastrnak with the Boston Bruins and it's a process. We use that word a lot when we're talking about extensions or negotiations period. Both sides are accessing the market right now. I can tell you that contract discussions have heated up since training camp has opened. Relatively quiet over the course of the summer. Not unusual. There were some preliminary discussions at the draft. Pastrnak understands and is clearly hopeful that something will get done sooner than later, but the Bruins continue to do their due diligence.