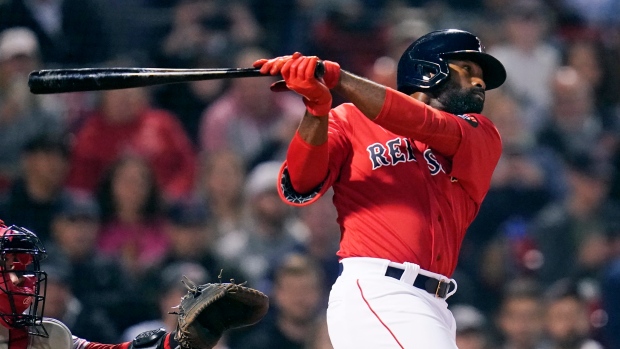 The Toronto Blue Jays are adding some veteran outfield help, agreeing to a deal with Jackie Bradley Jr. on a one-year major league contract, it was announced Tuesday.

The 32-year-old Bradley was released by the Boston Red Sox last week and has struggled mightily at the plate this season, slashing .210/.257/.321 with three home runs and 29 RBI in 91 games.

Bradley began his career with the Red Sox in 2013 and went on to play nine seasons in Boston, highlighted by an All-Star nod in 2016 and two World Series championships in 2013 and 2018.

A native of Richmond, Va., Bradley joins a Blue Jays team with a record of 60-49 holding a one and a half-game lead over the Seattle Mariners for the top wild card spot in the American League.