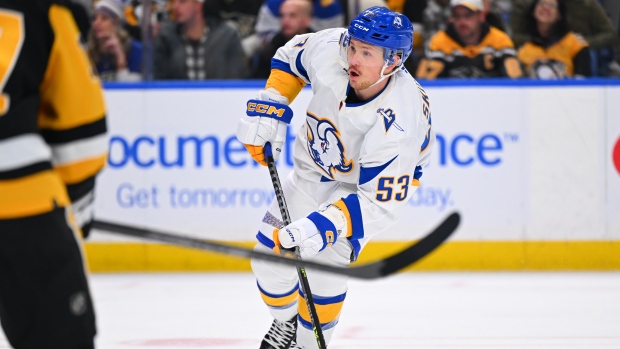 Buffalo’s Jeff Skinner will have a hearing Saturday for Cross-checking Pittsburgh’s Jake Guentzel.

With 21.3 seconds remaining in the third period of a 3-3 game, both players engaged in a stick battle against the boards where they traded slashes, before Skinner appeared to deliver a cross-check high on Guentzel.

Skinner was assessed a five-minute major match penalty and ejected from the game, while both players also picked up slashing minors.

Jeff Carter scored the winner for the Penguins on the power play in overtime as they captured the game 4-3.