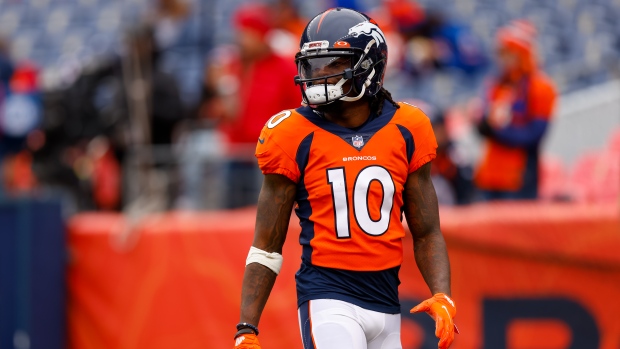 ENGLEWOOD, Colo. (AP) — Russell Wilson and the Denver Broncos will be without receivers Jerry Jeudy and KJ Hamler for their game Sunday at Carolina.

Jeudy was ruled out Friday with an ankle injury and Hamler with a bothersome hamstring. The team also will be missing cornerback K’Waun Williams (wrist/elbow/knee) and defensive lineman Jonathan Harris (knee).

This will be the second straight game minus Jeudy and third in a row with Hamler on the sideline. Jeudy has caught three of Wilson's seven touchdown passes this season, while Hamler has provided a deep threat.

“Those guys are both very talented players,” Broncos coach Nathaniel Hackett said Friday after practice. "We want them out there when we can get them healthy. But we have the guys that are ready to go and ready to rock, so we want to be sure that we’re able to attack with those guys as well.”