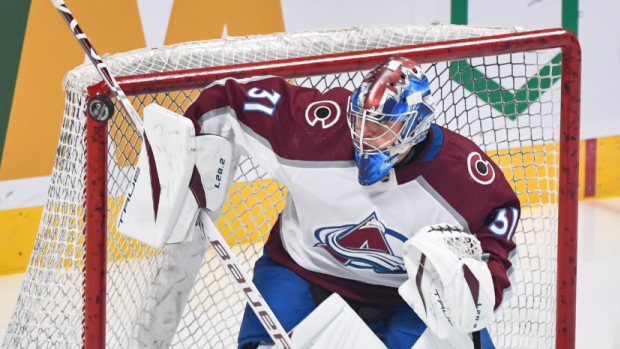 The Colorado Avalanche are reclaiming goaltender Jonas Johansson off waivers from the Arizona Coyotes, it was announced Wednesday.

Johansson spent parts of the previous two seasons in Colorado and was claimed off waivers by the Coyotes this past month.

In a total of 32 NHL games split between the Avs, Buffalo Sabres and Florida Panthers, Johansson posted a 3.42 goals-against average and an .883 save percentage.

Meanwhile, forward Martin Pospisil of the Calgary Flames, defenceman Scott Harrington of the San Jose Sharks and forward Pierre-Cedric Labrie of the Nashville Predators were also waived on Wednesday.

Defenceman Nicolas Meloche of the Flames cleared waivers on Wednesday.