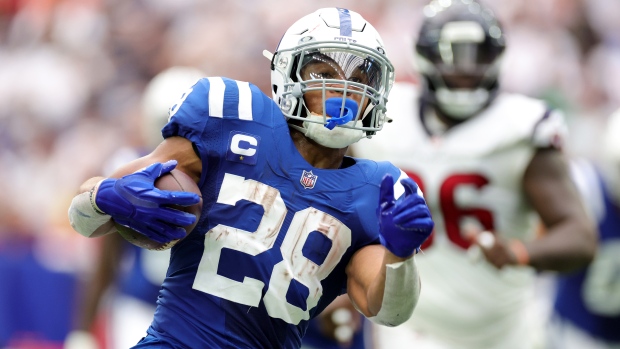 The Indianapolis Colts announced Wednesday that they will be without star running back Jonathan Taylor Thursday against the Denver Broncos.

RB Jonathan Taylor has been ruled out for #INDvsDEN.

The 23-year-old is dealing with a badly twisted right ankle suffered in Sunday's loss to the Tennessee Titans.

A product of the University of Wisconsin, the New Jersey-born running back has amassed 328 yards and a touchdown through four games this season.

The former second-round pick in 2020 (41st overall) is coming off his first respective Pro-Bowl and All-Pro honours for his 1,811 yards and 18 touchdowns.