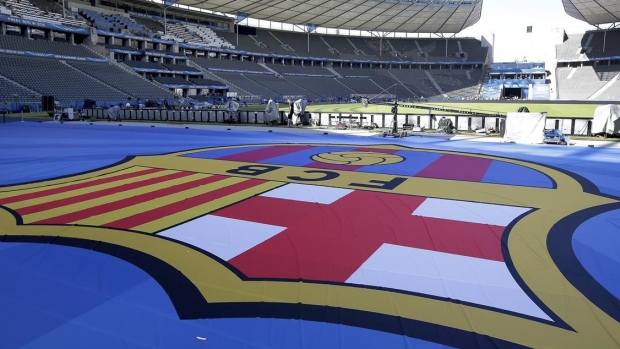 BARCELONA, Spain (AP) — Barcelona defenders Jules Koundé and Ronald Araújo are sidelined for an undetermined period after sustaining leg injuries while playing for their national teams.

Barcelona said on Saturday that medical tests revealed Koundé has a left hamstring injury after playing for France in its 2-0 win over Austria in the Nations League on Thursday.

Araújo damaged a tendon in his right thigh, the club said, during Uruguay’s 1-0 loss to Iran on Friday.

The defenders were examined by Barcelona club doctors after returning from their national teams. Barcelona did not say how long it expects both to be out.

The two have been regular starters for coach Xavi Hernández.

Their injuries leave Xavi with Éric García, Andreas Christensen and Gerard Pique as center backs. Koundé, who also plays at right back, can be replaced by newcomer Héctor Bellerín or veteran Sergi Roberto.

Over the next three weeks, Barcelona faces two Champions League group games against Inter Milan and a clásico against Real Madrid on Oct. 16.