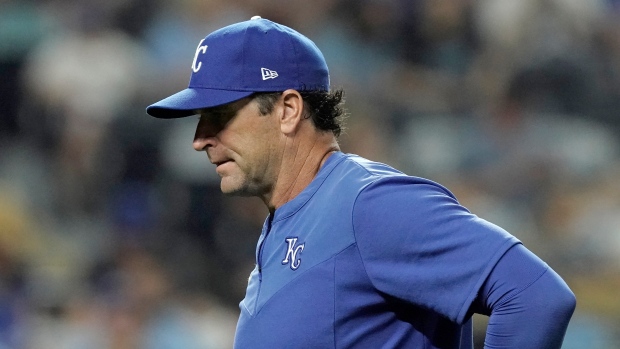 KANSAS CITY, Mo. (AP) — Manager Mike Matheny and pitching coach Cal Eldred were fired by the Kansas City Royals on Wednesday night, shortly after the struggling franchise finished the season 65-97 with a listless 9-2 loss to the Cleveland Guardians.

The Royals had exercised their option on Matheny's contract for 2023 during spring training, when the club hoped it was turning the corner from also-ran to contender again. But plagued by poor pitching, struggles from young position players and failed experiments with veterans, the Royals were largely out of playoff contention by the middle of summer.

The disappointing product led owner John Sherman last month to fire longtime front office executive Dayton Moore, the architect of back-to-back American League champions and the 2015 World Series title team. Moore was replaced by one of his longtime understudies, J.J. Picollo, who made the decision to fire Matheny hours after the season ended.

Matheny became the fifth big league manager to be fired this year.

Philadelphia's Joe Girardi was replaced on June 3 by Rob Thomson, who engineered a miraculous turnaround to get the Phillies into the playoffs as a wild-card team. The Angels replaced Joe Maddon with Phil Nevin four days later, Toronto's Charlie Montoyo was succeeded by John Schneider on July 13 and the Rangers' Chris Woodward by Tony Beasley on Aug. 15.

In addition, Miami's Don Mattingly said late last month that he will not return next season.