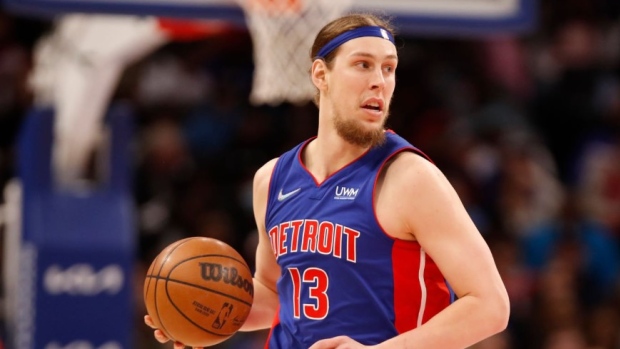 Utah will be Olynyk's fifth NBA team. He began his career with the Boston Celtics, playing there for four seasons and then signing a free agent contract with the Miami Heat. Last year, he was dealt to the Houston Rockets in a deal involving guard Victor Oladipo. He then signed a three-year contract with Detroit in the summer of 2021.

In 40 games for the Pistons last season, the Toronto native averaged 9.1 points and 4.4 rebounds per game.

Lee, a second-round pick in 2020, appeared in a total of 85 games over his two seasons in the Motor City, averaging 5.6 points and 3.3 assists a night.

On the other side, Bogdanovic is the latest high-profile player to be dealt by the rebuilding Jazz, who traded centre Rudy Gobert and guard Donovan Mitchell in two separate deals earlier this summer.

Known as a deadly three-point shooter, Bogdanovic averaged 18.1 points per game on 45.5 per cent shooting from the field and 38.7 per cent beyond the arc in 69 games a season ago. It was his third season with the Jazz after previously having spent time with the Brooklyn Nets, Washington Wizards and Indiana Pacers.

A native of Mostar, Bosnia and Herzegovina, the 33-year-old was selected with the first pick in the second round of the 2014 draft.