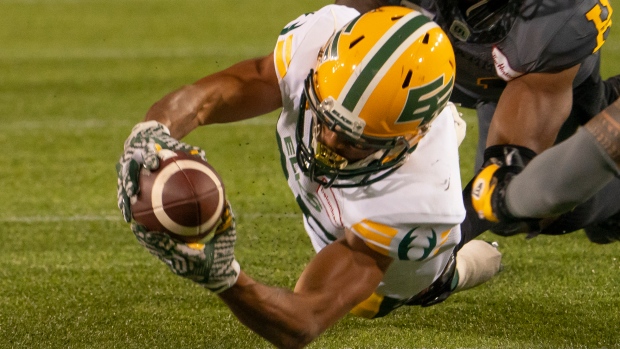 Edmonton Elks wide receiver Kenny Lawler was reported to have undergone successful surgery to repair his shoulder/collarbone on Monday.

News doesn’t appear to very good for #Elks REC Kenny Lawler. Hearing from a source that Lawler has suffered a suspected collarbone injury which will end his season. Injury happened in 2nd quarter after Lawler made a great catch and landed hard on his shoulder. #CFL

The 28-year-old suffered an upper-body injury in the second quarter against the Montreal Alouettes in his return from an ankle injury.

Lawler played in 12 games during his first season with the Elks, tallying 58 receptions for 894 yards.

The Pomona, Calif. native previously spent two seasons with the Winnipeg Blue Bombers, winning back-to-back Grey Cups in 2019 and 2021. He was also named a CFL West All-Star and CFL All-Star in 2021.