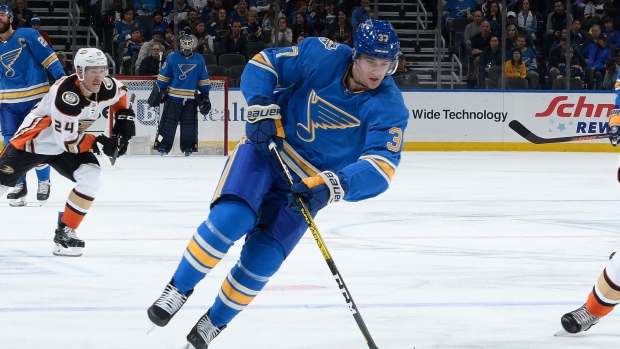 The Edmonton Oilers have acquired forward Klim Kostin from the St. Louis Blues in exchange for defenceman Dmitri Samorukov, it was announced Sunday.

The No. 31 overall pick in the 2017 NHL Draft, Kostin has five goals and six assists in 46 career games with the Blues, 40 of which came last season. He also had three goals and three assists in 17 games for the AHL's Springfield Thunderbirds a season ago.

The 23-year-old Samorukov appeared in one game with the Oilers in 2021-22 and another 51 at the AHL level, tallying three goals and 15 assists for 18 points.