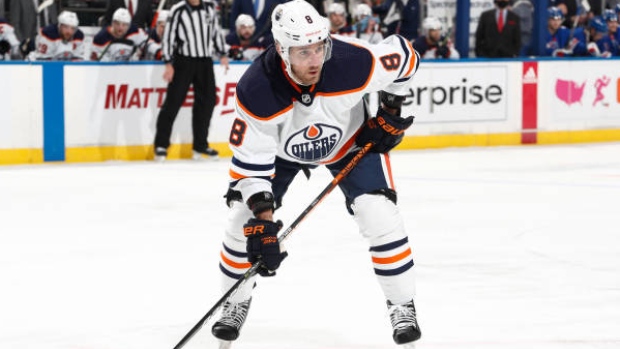 The veteran forward is retiring from the NHL and joining the Coquitlam Express of the British Columbia Hockey League as a special advisor to the general manager and player development coach.

“I am really excited to have Kyle joining the team on the management side of things and with the players,” Express GM Tali Campbell said in a statement. “Any time you can get your alumni involved at any level is great, but for someone like Kyle to jump on board in this big way, is fantastic and will help us to grow our program and bring the Fred Page Cup back to Coquitlam."

Turris, 34, spent two seasons with the team from 2005 to 2007 when it was based in Burnaby and helped lead them to a league championship.

“The Express organization played a key role in my personal and professional growth,” Turris said.  “I am excited about having the opportunity to work with Tali and [head coach] Patrick [Sexton] as they help each player develop individually, while pursuing the Fred Page Cup as a team.”

A native of New Westminster, BC, Turris was the third overall pick of the 2007 NHL Entry Draft by the Phoenix Coyotes.

Turris would go on to appear in 776 games over 13 seasons with the Coyotes, Ottawa Senators, Nashville Predators and Edmonton Oilers.

He played in 23 games for the Oilers this past season, scoring a goal and adding a pair of assists.

For his career, Turris notched 168 goals and 257 assists.

Internationally, Turris represented Canada on a number of occasions, including as part of the 2008 IIHF World Junior Hockey Championship gold medal-winning squad in Czechia.