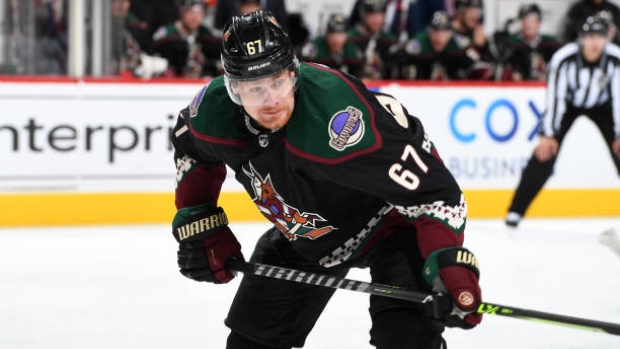 The Arizona Coyotes have signed forward Lawson Crouse to a five-year contract, the team announced on Monday.

The deal is worth a reported $21.5 million, which carries an average annual value of $4.3 million, comes hours before Crouse's arbitration hearing, which was scheduled for Monday.

The Sheriff is here to stay! 🌵

"We are very pleased to sign Lawson to a long-term contract," said general manager Bill Armstrong. "He is a big, strong, skilled power forward and we look forward to him being a big part of our future."

Selected 11th overall by the Florida Panthers in 2015 NHL Draft, Crouse was dealt to the Coyotes in August 2016 along with Dave Bolland in exchange for draft picks.

Internationally with Canada, Crouse won gold at the 2015 World Juniors.

A restricted free agent, Crouse is coming off a three-year, $4.6 million contract with an average annual value of $1.53 million.