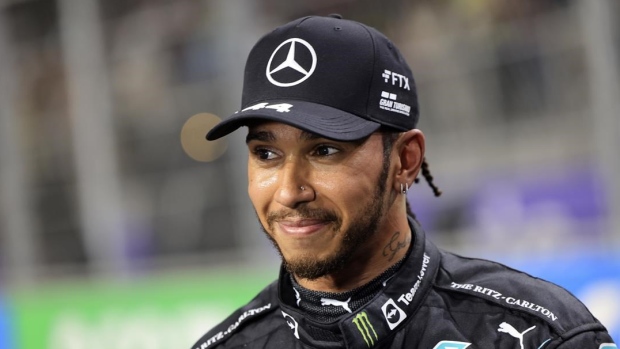 Formula 1 driver Lewis Hamilton, who has dominated the circuit since his debut in 2007, said he has no intentions of winding down his racing career just yet.

“For years we’ve been going around, up and down with stories of retirement and stopping,” Hamilton told Formula1.com.

“For me, I feel healthier than I’ve ever felt, as I focus a lot on that – I’m feeling fit. I love what I’m doing and I don’t plan on stopping any time soon.”

The 37-year-old is the all-time F1 leader with 103 pole positions and 103 victories. His seven world titles are level with fellow racing great Michael Schumacher.

Hamilton has finished second two times and third four times this season, but has yet to secure a victory in 16 races.

The Mercedes driver sits sixth in the 2022 standings with 168 points, well behind championship points leader Max Verstappen at 335.

Mercedes all the way

Despite being out of contention for overall honours this season, Hamilton remains committed to Mercedes for the long haul.

“My goal was always to be with Mercedes,” said Hamilton. “I love that we have the long partnership we have. I feel like we are embarking on a lot of really positive things, not only in the sport, but outside. I think there’s a lot of work, a lot to accomplish together, so I want to be a part of that.

“I think I’ll always be with Mercedes until the day I die. I feel like I can race for quite a bit longer, so I’ll be potentially steering towards that.”

“For sure, it’s a challenge. For me, it’s just winning another World Championship. [With] every one, I've approached it as my first, and the feeling of winning the World Championship is so unique and special in its own way.

The Formula 1 season continues on Sept. 30 with the Singapore Grand Prix where Hamilton has won four times.