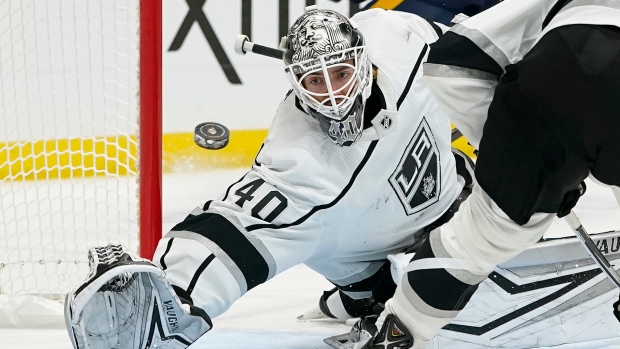 The move comes after Petersen gave up four goals on 16 shots in relief Jonathan Quick during the Kings' 9-8 loss to the Seattle Kraken on Tuesday.

Cal Petersen is under contract for two seasons beyond this one at a $5M AAV. He's also due a $4M signing bonus next year.

He's got an .868 save percentage in 10 appearances this season.

The 6-foot-2 netminder was instrumental in helping the Kings reach the playoffs last season, starting 35 games and posting a 20-14-2 record with an .895 save percentage and 2.89 goals-against average.

Petersen is on the first year of a three-year, $15 million deal and has a modified no-trade clause.