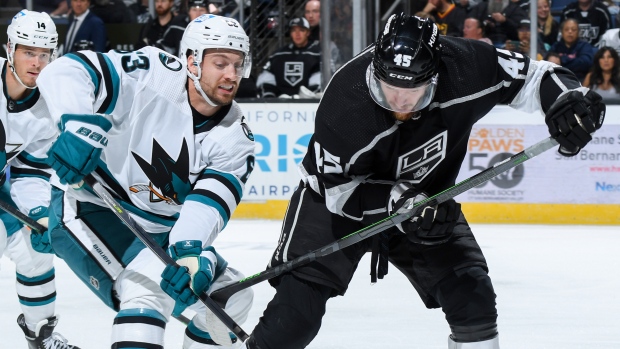 Los Angeles Kings forward Jacob Doty will have a hearing on Friday for interference on San Jose Sharks forward Jeffrey Viel, the NHL’s Department of Player Safety has announced.

Los Angeles’ Jacob Doty will have a hearing tomorrow for Interference on San Jose’s Jeffrey Viel.

The incident occurred in the second period of Wednesday’s game at Toyota Arena, the home of the Kings' American Hockey League affiliate the Ontario Reign.

Doty was assessed a five minute major penalty for interference and a game misconduct at 10:46 of the second period after he cut across the ice and levelled Viel in the neutral zone.

The 29-year-old appeared in 41 games last season for the Reign and scored a goal with two assists and 89 penalty minutes.

The Billings, Montana native has yet to appear in an NHL game.