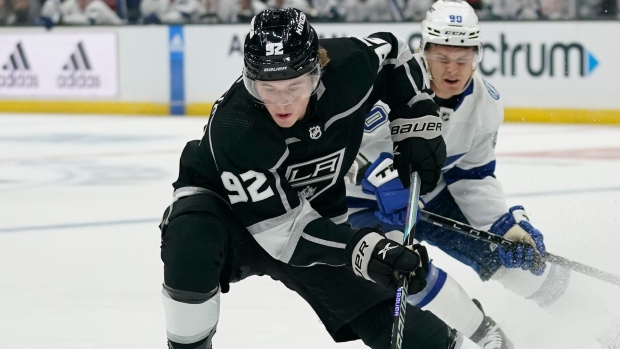 Brandt Clarke will be available for Canada at the upcoming World Junior Hockey Championship.

Hockey Canada announced the loan of the 19-year-old rookie defenceman on Wednesday.

Originally taken with the eighth overall selection of the 2021 NHL Entry Draft.. With the cancellation of the 2020-2021 Ontario Hockey League season, Clarke left the Barrie Colts and played in the Tipos Extraliga, the Slovakian top flight, for HC Nove Zamky, appearing in 26 contests and scoring five goals and adding 10 assists. He returned to Barrie for the 2021-2022 season where he served as captain.

Clarke has suited up for Canada in the past and was a member of the gold medal-winning entry at the 2021 World U18 Championship in Frisco, TX.